Once you've picked the room in which you'd like to create your own at-home theater, it's time to evaluate it. We suggest you stand in the middle of the room and clap. If you hear some kind of echo, this isn't great for your movie audio, but no worries! Just add some sound-absorbing objects, such as curtains, furniture, or even area rugs to prevent echoing that disrupts the quality of your audio. Don't go overboard, though. You need a balance of enough open space for the soundwaves to flow without risking the quality.

The television is the centerpiece of your home theater, so we like to recommend our customers purchase a 4K OLED television because they offer sharp contrasts in color, which means they show a high-quality image during the daytime as well.

It's important to consider where you sit when setting up a home theater. To make sure you don't sit too far from the television, a good rule of thumb is to multiply the diagonal length of the screen by 2, and then convert to feet. This will give you a good idea of the distance you should allow between your seat and the television.

High-Quality Audio is Key for the At-Home Theater Experience

It's important to have HiFi audio speakers to create a fully immersive movie-watching experience. Once you've browsed our collection of HiFi audio equipment, it's time to place it in your new theater. The best speaker setup to achieve the ideal surround sound is made up of 5 speakers. We recommend you place one speaker beneath the television, one on each side of it, and two behind the viewer's seat.

Add a subwoofer, too. This is a great way to further enhance your home theater because it adds to the bass. Just make sure you put it right next to where you sit. This way you can hear and feel the bass at all times without it sounding too distorted or loud from echoing against a corner wall.

If you would like to upgrade your home theater and are in search of HiFi audio equipment, please stop by and visit our showroom. We would love to help you get a good idea of how to get the best use of your space.

By definition, as audiophiles, we demand the best quality audio and will do what it takes to ensure we always have a HiFi, otherwise known as high-fidelity, audio experience that replicates sounds as closely and loyally as possible to their original source.

In order to offer the tools for our fellow audiophiles to create the home audio systems of their dreams, we’ve begun putting together Bowers and Wilkins displays.

So Who Is Bowers & Wilkins?

In the 1960's, Bowers & Wilkins, also known as B&W, was founded by John Bowers and Roy Wilkins. It began as a shop specializing in radio and electronics. After a few years, they began supplying equipment to churches, which is when they became highly involved in designing and assembling high-quality loudspeakers, which has become one of their strongest selling points over the many decades.

The turn of the decade proved to be a highly successful time for the brand, as disco and punk rock became super popular. At this time, Bowers & Wilkins launched the 801 speaker, which became the reference speaker of choice for several of the world’s leading recording studios.

During the next 30 years, Bowers & Wilkins lead the world with their innovative speakers by designing sleek, powerful series that created a fully immersive experience for audiophilic listeners.

Upon the 2000’s when the digital age took over, the well-known brand developed newer and better technology featuring all-new diamond tweeters, which offer superior dynamic range and efficiency. They continued creating quality, leading up to 2007 when they launched their iconic Zeppelin iPod speaker and entered into the high-end car audio market by partnering with Jaguar.

During the last decade, they have continued to release innovative, high-end audio speakers, subwoofers, and even headphones so that audiophiles can enjoy a fully immersive auditory experience, even while on the go.

We configure various stunning setups in our HiFi audio showrooms in Houston consisting of speakers, amplifiers, turntables, and preamps. If you'd like to hear and feel the difference that high-fidelity audio equipment creates, please contact us today. We will answer any questions and provide assistance in setting up a fully customizable setup for your home theater.

Hi-Fi is a common term among audiophiles. Audiophiles are those of us who demand only the highest sound quality possible in our home audio equipment. Many of us even spend thousands of dollars to find the perfect sound system for our home theaters. However, the audiophilia doesn't stop there. Some of us work hard to design our home theaters in such a way to get the perfect acoustics. We focus on achieving high-quality audio by buying HiFi audio products, not Hi-Def.

What is HiFi Audio

Among audiophiles, we use the term HiFi, otherwise known as "high fidelity". Think of it this way; fidelity refers to loyalty and faithfulness. Audio that is referred to as high fidelity is audio that is very loyal to the original source, thus giving us the purest, closest to perfect reproduction of sound as possible.

Why We Don't Refer to Audio as Hi-Def

High definition, otherwise known as hi-def or HD, is a much easier term to use and understand for audio, but it's not an accurate one, which is why audiophiles typically refrain from using it. HD is used to describe video quality. A video that is high definition is high quality, which is why some may use it in relation to high-quality audio. We hear this term a lot when it comes to high-end digital audio, which we hear most of the time today. It's important to note, though, that a hi-fi audio system can encompass both digital and analog audio.

The truth is that, although some people may continue to use high-definition to describe high-quality audio, it's quite difficult to do so successfully because each term includes different parameters and criteria. High definition is better reserved for high-quality video because to be HD, video has to meet a certain standard. This is why the audio industry as a whole has not committed to describing audio as HD, and instead prefers to describe it as HiFi. Audio has to meet specific criteria and standards in order to be considered high-fidelity.

Why You Want HiFi Audio in Your Home Theater

HiFi audio, also referred to as high-end audio, is all about creating a full immersion experience. With our HiFi audio products, you will upgrade your home theater so much that you will be able to hear sounds you may not have noticed before from your favorite movies, which can enhance the picture on your big screen and bring your movies to life. If you're considering upgrading your home theater, come visit our showroom so you can see, feel, and hear the difference.

Come join us on Thursday, September 12 as we showcase some new products in our showroom!

The party will be held from 4-8 PM. Food and drink will be provided, and we will offer special pricing during the event.

RSVP at This email address is being protected from spambots. You need JavaScript enabled to view it. or give us a call at (832)530-4716

SIA-030 is Vitus Audio’s newest flagship integrated amplifier in their Signature series. Boasting magnificent build quality and design principles based on their Masterwork series, the SIA-030 amplifier is at the top of its class. Founder Hans Ole Vitus will be in attendance to demonstrate and answer any questions. 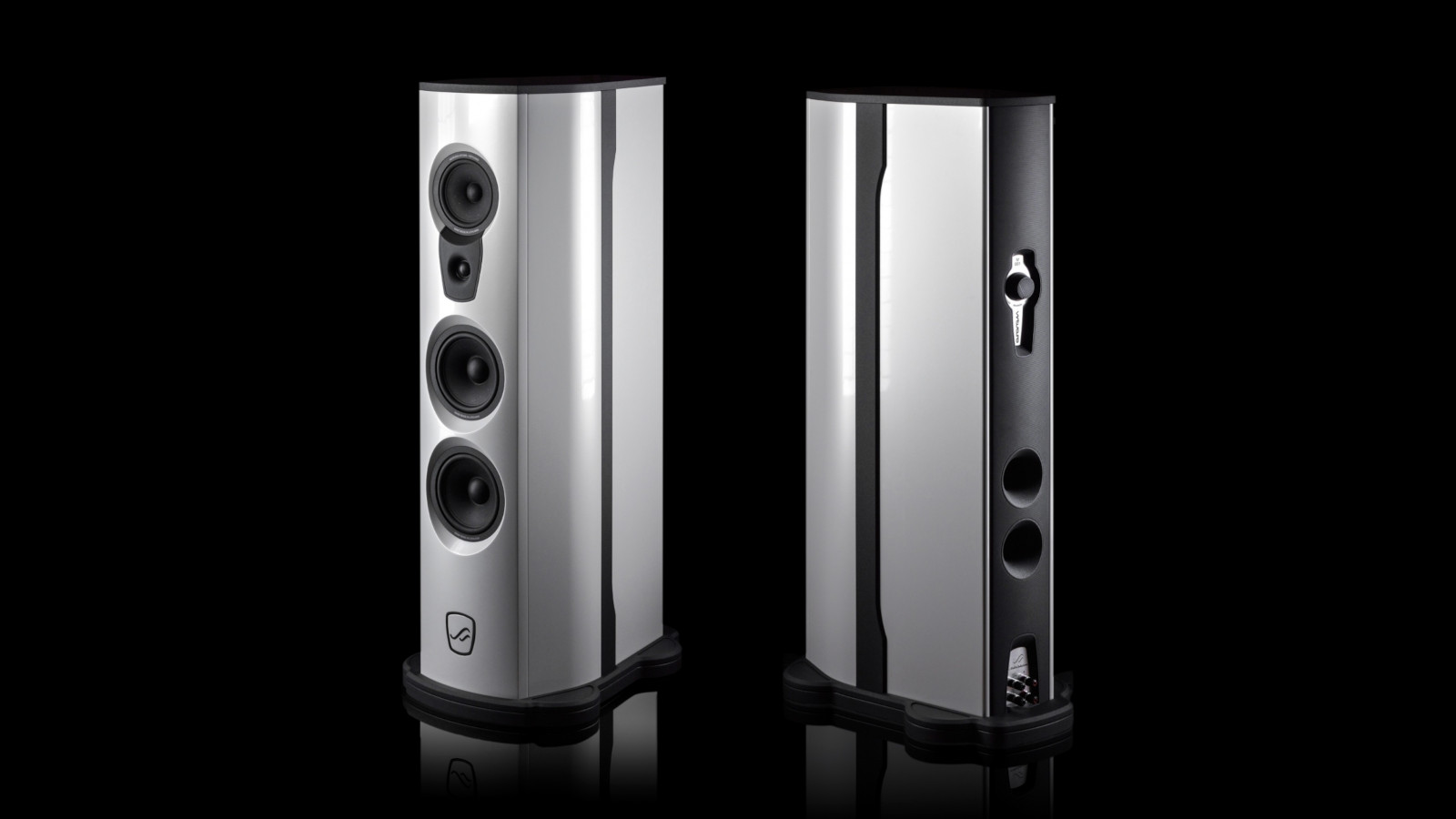 Audio Solutions Virtuoso speakers are a series designed to sit comfortably between their award winning Figaro and Vantage 5th anniversary series. These speakers employ a “box-in-a-box” design that maximizes cabinet stiffness and produces a neutral, authentic sound. The Virtuoso series also features a user-adjustable crossover with 3 separate profiles. Ozan Turan from High End by Oz will be in attendance to demonstrate and answer any questions. 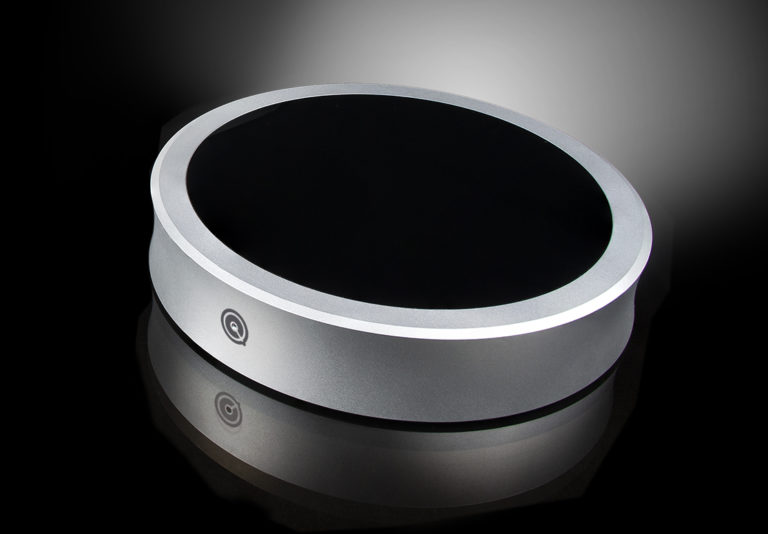 Nordost is the premier manufacturer of hi-fi audio cables and accessories. QSOURCE is the world’s first fanless linear power supply designed specifically for high end audio systems, providing both a clean, stable DC power and an ultra low noise floor. QPOINT is a device that acts as a master clock and synchronizes the electromechanical resonances of all the other elements in your audio system, minimizing electrical noise. Steve Greene and Amy Hansen of Nordost  will be in attendance to demonstrate and answer any questions.

See you there, and happy listening!

We spent the last post discussing the common digital audio formats and their uses. While it is true that the vast majority of people listen to their music digitally, there are many people who swear by analog, and vinyl sales are actually on an upward trend. Are people just nostalgic? Or are there actual benefits to listening analog? We’ve compiled some key differences between the two, and why some prefer one over the other.

An analog recording is created by taking the signal from the recording engineer’s audio mixer and imprinting it directly onto the analog medium (usually vinyl or tape). In contrast, digital music is run through an analog to digital converter, which takes these analog signals and converts them into digital code for a computer to read.

Digital audio is created by taking a certain number of samples in a second. This is called the sample rate. The bit depth determines the precision of the sample. CD’s sample 44,100 times per second, each sample being 16 bits large. Analog recordings are not limited in this regard. They have an infinite sample rate, and the precision is limited only by the gear on which the audio is recorded.

While some may argue that the physical nature of analog music inherently causes defects in the listening experience, many actually prefer the tiny imperfections in a vinyl record. Additionally, mastering engineers understand that for the vast majority of people are listening to physical records in a quiet, controlled environment (usually through a high end audio system), so music tends to sound warmer and less processed. Digital music is consumed on the road in the gym and everywhere in between, so digital masters trend a bit louder and harsher.

Digital media is cheap. Buying a song from a music service simply gives the consumer access to a string of numbers for their devices to read. However, many people prefer a more tangible, concrete ownership experience. With a physical media the owner of a record can actually hold his purchase in his hands, maybe even let a friend borrow it. Plus album covers double as a decoration, a way to communicate to those around them the music they enjoy and the artists they support. Granted, this can be done with CD’s as well, but there’s something about the novelty of a large vinyl record and album art that seems that much more tangible. Statistics would agree, as the sales of vinyl have steadily grown as CD sales have dwindled.

Analog records are far from dead. In fact, there has been a substantial uptick in vinyl sales in recent years as consumers have realized the advantages of analog over digital audio. If you’ve never listened to an analog record, come by our showroom and experience it for yourself!